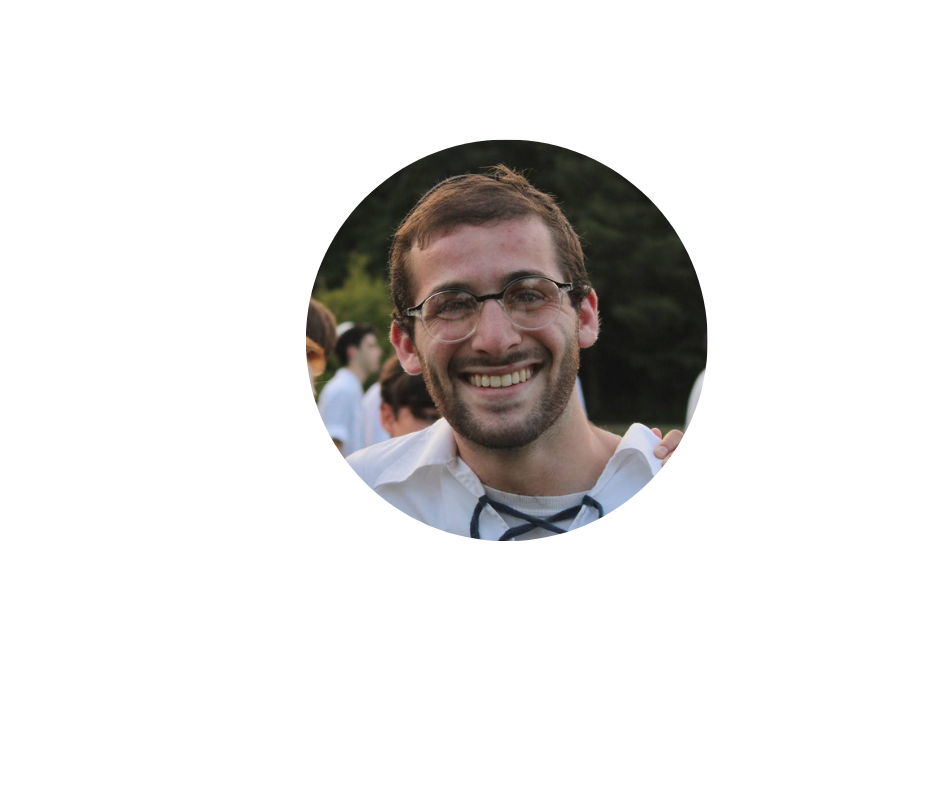 Sam Frank was born and raised in Cleveland and was strongly involved with Bnei Akiva, including taking on several ‘Rosh’ positions, during his time at Fuchs Mizrachi. Upon graduating in 2017 he went to learn at Yeshivat Sha’alvim where he learned for two years before drafting to the paratroopers unit of the IDF and then returned to yeshiva for another two years post army. Sam went to Camp Stone for the first of six years as a camper in 2009, came back as tzevet for three years to serve as hadracha, returned in 2021 after his time in the army to be a rosh eidah and this past summer again served as a rosh eidah one month while spending the other month in the beit midrash more formally learning and teaching. Sam is currently a madrich at Yeshivat Torat Shraga in Bayit V’gan, Yerushalayim where he also learns in YU’s Gruss Kollel. Next year Sam plans on attending Yeshiva University’s Azrieli graduate school to get a masters in Jewish education while also learning in YU’s RIETS semicha program.